This is one of the fashion industries most trendy and awaited events, the CFDA fashion awards. June 3rd, the CFDA Fashion Awards ceremony took place at the Brooklyn Museum in New York. Each year, the Council of Fashion Designers of America honours the accomplishments of American fashion designers in women’s wear, men’s wear, accessories as well as emerging talents. Established in 1962, the Council of Fashion Designers of America is an association dedicated to promoting fashion professionals in the United States.  The association is supported by Vogue USA and is now presided by Tom Ford succeeding, Diane Von Fustenberg. Led by CEO Stevan Kolb, CFDA is responsible for promoting fashion as a cultural industry in US and internationally.

Jennifer Lopez received the prestigious 2019 Fashion Icon Award after Naomi Campbell, Rihanna or Lady Gaga. Dressed in a sublime Ralph Lauren outfit, the singer made a splash with her radiant curves that changed the paradigm of fashion dictates.Emily Adams Bode, founder of Bode, was awarded the Emerging Designer Award while the acclaimed Geoffrey Beene Award, which honours the uniqueness of a career, was awarded to the fashion designer Bob Mackie, known for his stage costumes including those for Cher, Elton John and Madonna.  Carine Roitfeld won the Eleanor Lambert Award and Sarah Burton, artistic Director of Alexander McQueen,  received the Valentino Garavani and Giancarlo Giammetti Award.

The American designer Brandon Maxwell won the coveted Womenswear Designer Award of the Year. Twins Mary-Kate and Ashley Oslen were awarded the accessory award for The Row for the fifth time in thirteen years. On the men’s side, the avant-garde Rick Owens won the award for Menswear Designer of the Year. This year, the Menswear selection was the epitome of streetwear presenting Raf Simons for Calvin Klein, Virgil Abloh for Off-White, Thom Browne and Tom Ford.

Streetwear style is one of the fashion trends that interfered with the traditional dress code of the beginning of the 20th century. Since 1997, Louis Vuitton and Marc Jacobs announced the upcoming and unexpected collaboration with streetwear when they began working with artists such as Stephen Sprouse, Takashi Murakami, Kanye West, Pharrell Williams, Yahoo Kusama… The boundaries between pop culture, fashion, and art are disappearing like never before, as the luxury market is getting in tune with the 21th century.

Designers such as Californian Mike Amiri, who was nominated this year for Menswear Designer of the Year and who MR Agency was pleased to host for their showroom, are an epic example of this trend and gaining global recognition.

The CFDA ceremony is not only one of the biggest “happening” of fashion, as it is also a benchmark for the industry and how CFDA impacts fashion. CFDA assists its members, rigorously selected, throughout the year in the development of their business. For example, the Council of Fashion Designers of America organises conferences on industry relevant topics throughout the year and invites a group of young designer members to their Paris showroom “American in Paris” twice a year. MR Agency has had the pleasure of receiving the Paris showroom for several seasons.

Since its creation in 2017, MR Agency has received CFDA member brands throughout their locations. Are you looking for a fashion week showroom for the 2020? Contact Melissa Regan Agency to know our availability of showrooms in Paris. 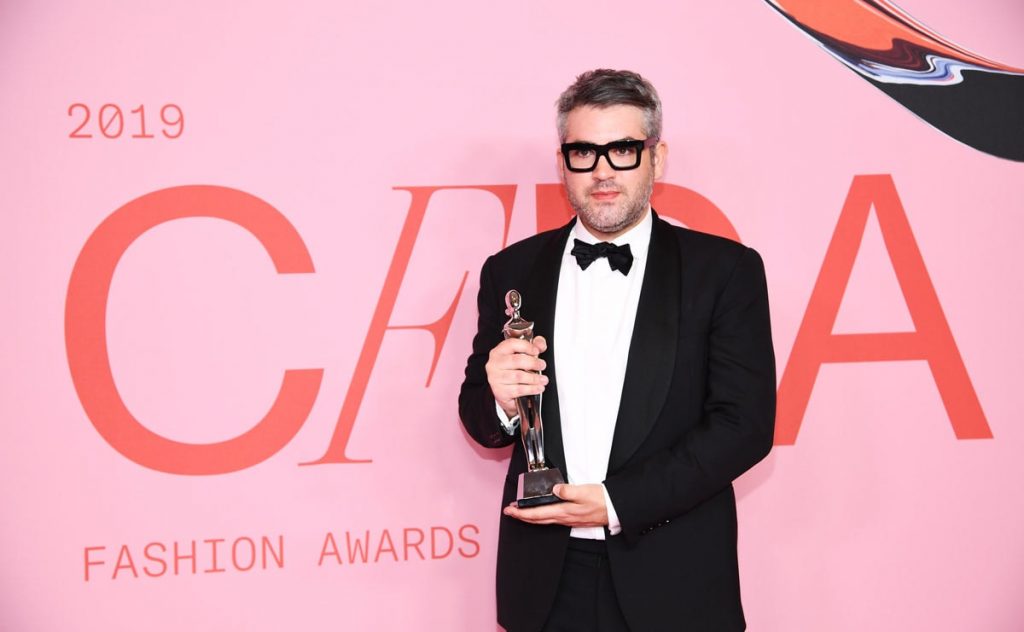