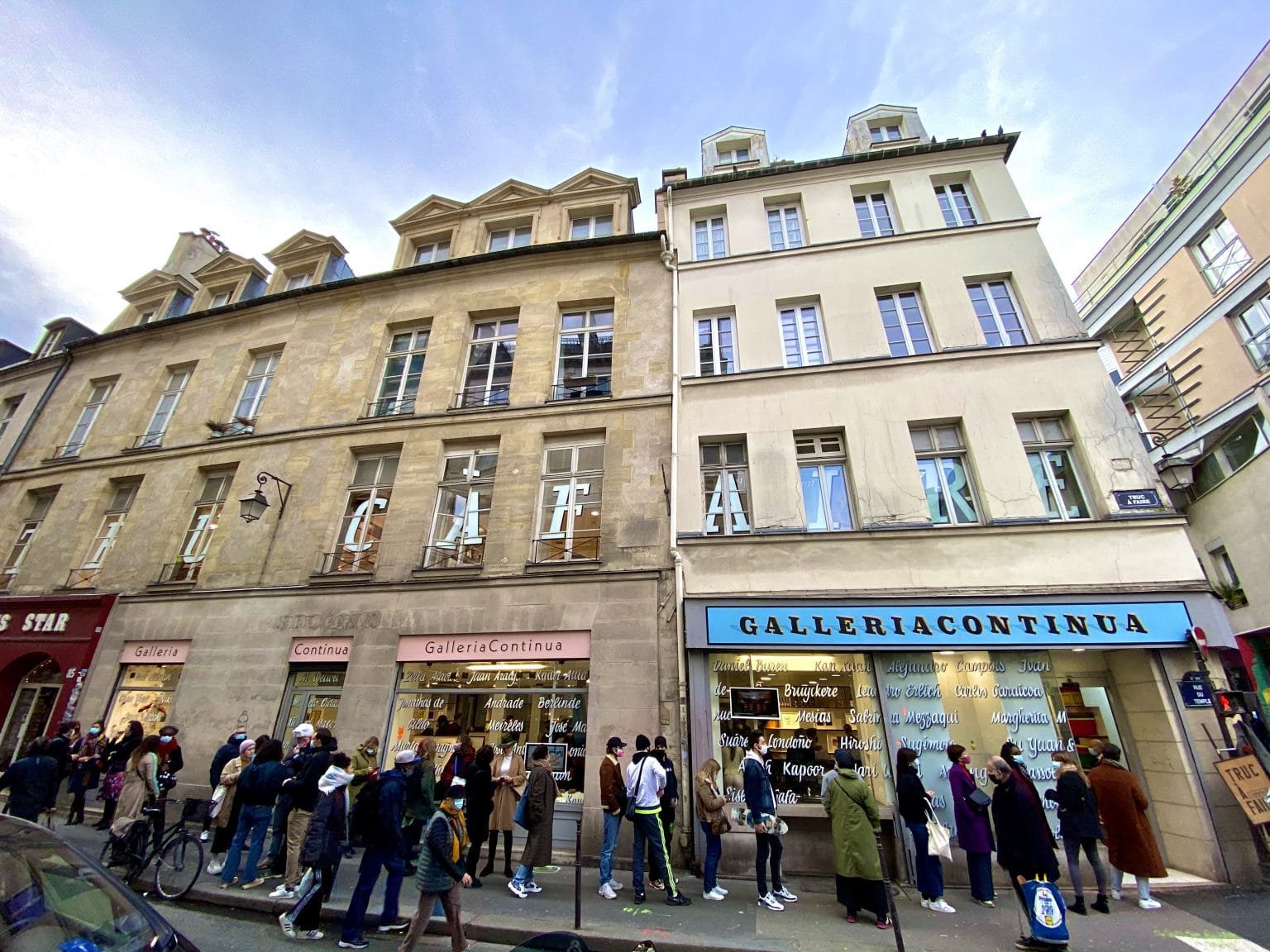 GALLERIES // The birth of new spaces

WHILE MUSEUMS ARE CLOSED,

PARISIAN GALLERIES ARE MAKING THE NEWS ON THE CULTURAL SCENE

While some are open in the Marais …

Since its creation in 1990 by Mario Cristiani, Lorenzo Fiaschi, and Maurizio Rigillo, Galleria Continua has conquered the globe: from Beijing in 2004, to Boissy-le-Châtel, Havana, Rome, and Sao Paulo last year. Within all these galleries, there is a mutual intention: to provide consistency for the world of contemporary art that caries along a large number of ancient artistic signs.

Inaugurated in 2007, the cultural center that is located in Seine-et-Marne, is recognized by the biggest names in contemporary art world. Several times a year, art work exhibitions by artists from all over the world are organized. A former factory renovated for the occasion is a cradle of contemporary art where you can find a brand new type of exhibition: the collective exhibition. An annual meeting is organised in the center with different international galleries that exhibit the most famous artists, as well as give visitors a glimpse to a number of renowned artists such as Anish Kapoor, Daniel Buren or JR. With this new venue, Galleria Continua created a cultural revival space with a certain excitement and commitment from both French and international visitors.

Currently located in the heart of the Marais district, Galleria Continua has decided to open a new  place at the Rue du Temple. Launched by the JR artist in the end of January, the aim of the new gallery is to set up an inclusive and welcoming space, open to various artistic experimentations directly in Paris. A new multicultural environment has been created, with people from different backgrounds and origins gathered together. Linked to the other French site of Galleria Continua in Boissy-le-Châtel (Les Moulins), this gallery is located two steps away from the Centre Pompidou, at the corner of Rue du Temple and Rue Michel Le Comte. 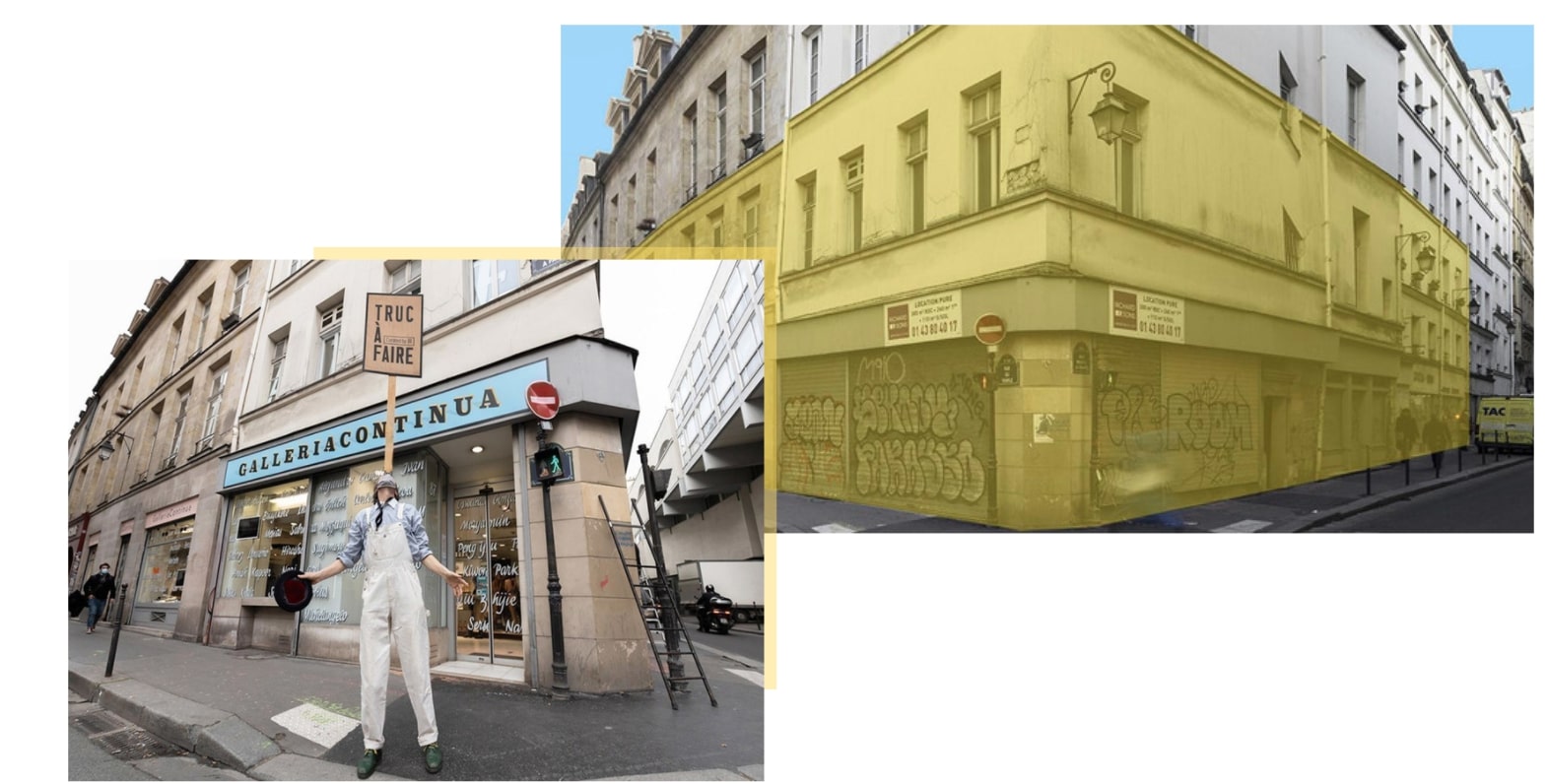 … others grow up on the famous Matignon avenue …

A few steps away from the Parisian auction houses, Christie’s and Sotheby’s opened their latest  gallery of the Perrotin group, the 3rd most influential gallery owner in the world (according to “The ArtReview Power 100”). In the heart of a five-store mansion on Matignon Avenue, a new 380m2 space is entirely dedicated to the second market, which corresponds to the purchase and resale of contemporary or modern art. Accustomed to collaborations with famous artists such as Maurizio Cattelan and Murakami, this time the gallery is partnering with two young specialized sellers (Tom-David Bastok and Dylan Lessel) for the opening of the new address. A new gallery is a bit special, with a more intimate atmosphere and art requests from well-known art collectors.

With the creation of this new gallery in addition to the three previous addresses (in the Marais, impasse Saint-Claude and rue de Turenne), the Perrotin group now covers almost 3000m2 of galleries in the French capital: a very strong presence for this international contemporary art brand.

Beyond its offer of art galleries (about ten spaces in six different countries), Perrotin has greatly diversified its activities over the last few years: organization of conferences, concerts and even production of podcasts and videos.

… and others are launching exhibitions simultaneously in several locations …

Galerie Derouillon, created by Benjamin Derouillon, opened the doors of its first gallery in September 2012 in the Haut-Marais, as a true new center in Paris that offers venues for contemporary art exhibitions. On the agenda, there are paintings, sculptures, drawings and installations presenting a rather singular vision of art, with a goal to highlight a generation of young artists, both French and international. Among the chosen artists, a real thread is noticed: rigorous and joyful works that break the already established codes. Among them, famous names of the sector such as Micky Clément, Alex Foxton, or the German photographer Jonas Unger, and many others. Thanks to collaborations made from the very beginning of their careers, the Derouillon Gallery forges strong and close relationships with its artists.

The Derouillon Gallery calls upon the expertise of the MR Agency for specific exhibitions, such as the Alex Foxton one, titled “Saint George” from January 1 to 30, 2021, in the MR23 gallery located on rue Filles du Calvaire. Accessible by scheduled appointments only, this exhibition became a real success: each art piece found its collector. After great results with his individual exhibitions, Alex Foxton also took part in a group exhibition called “Les Yeux Clos” at the Galerie Perrotin located at 76 rue de Turenne. From February 26th until March 27th, this young renowned artist exhibits his works alongside well-known art names: Mathilde Denize, Elizabeth Glaessner, Simon Martin and Paolo Salvador. At the beginning of 2021, he showcased his works in several places together with a gallery owner Benjamin Derouillon, including Perrotin and the MR23 galleries (rue des Filles du Calvaire) and at the Derouillon Gallery Notre Dame de Nazareth at the same time.

Specializing in gallery spaces and apartment rentals in most sought-after areas of Paris, including rue de Temple and rue de Turenne, The MR Agency will be happy to assist you with your project. If you are a gallery owner looking to expand, an artist or an independent curator looking for your next exhibition space, please do not hesitate to contact us at contact@themragency.com.